Work on Boeing’s largest wing, the wing for its new 777X Dreamliner aircraft, is well underway with some prototype parts already completed. 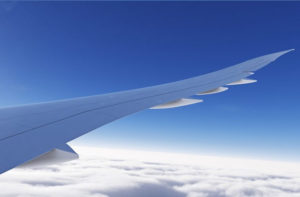 Nearly 130 mechanics are working on these first prototype parts. A tool engineer for the 777x has said “it’s pretty incredible”, having seen that the tools and equipment that only existed on screens are now coming together to produce physical prototypes.

Work on the 777X wing is taking place in a plant next to the current 777 final assembly plant, which is undergoing a drastic overhaul.

The first 110-foot wing skin panel was escorted to the giant oven by a number of “spotters”; robots designed to ensure the safe and collision-free passage of the wing. This furthers Boeing’s previous use of non-human workers: 80% of holes drilled at their Frederickson site are drilled by robots.

Production on the full aircraft should start in 2018, including the carbon-fibre composite wing. The first delivery is scheduled for 2020, after flight testing and certification programmes.

Boeing and community leaders have said that the 777X and other Boeing programmes in the area will “provide continued jobs and benefits to employees and their communities for years to come”.